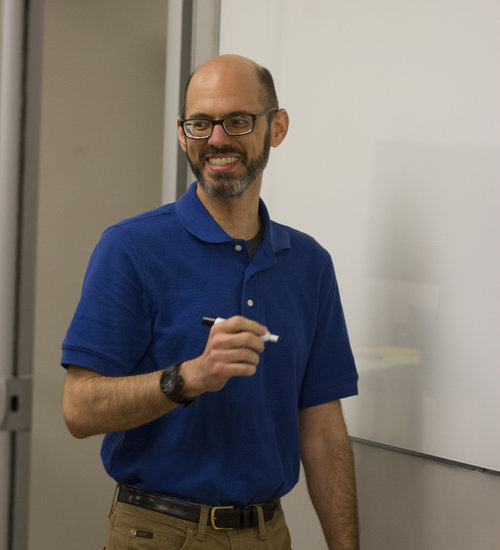 I’ve been a software developer for over 20 years, starting off in 1998 at a small web design shop in Akron, Ohio. While I did go to Kent State University for a computer related degree, almost all of my learning was done on the job and in my spare time. Since then, I have learned Perl, Ruby, Java, PHP, CSS, HTML, JavaScript and many other languages along the way, in addition to all the architectural and system administration skills that surround web development. It was a lot and it wasn’t always fun being relied on to do something where I had no idea what I was doing, but I survived and learned a ton along the way.

My goal now is to pass some of that information onto the next generation of software developers. And not just the technical aspects of that, but the emotional aspects too. Programming isn’t an easy profession and there’s a lot of struggle that happens behind the scenes for a lot of developers. When managed well, it can still be irritating. When not managed well, it can be a major source of pain and depression.

That has led me to want to reach out and help those who are getting into programming and might be struggling with the process of self-teaching or getting into programming outside of a CS degree. I know that I wouldn’t have made it to where I am without mentors that were able to support me along the way. And so, in every job I’ve had in my later career, I have been a mentor to other developers, offering direction when they weren’t sure where to go next, professional support when they weren’t sure how they were doing, and career advice when they were looking for a deeper challenge or a job that fit them better. I’ve done that as an independent tutor/mentor and as an instructor at (if I may say) the best coding bootcamp in the US; Tech Elevator.

I’m also a dad of two smart girls and like to write in my spare time. I’m still trying to figure out how I can help more people into this profession, especially those who are underrepresented, who are sorely needed. You can catch some of my more helpful videos at Tech Elevator’s Learn to Code resource page and my Personal Bootcamp talk from PyOhio.

Feel free to contact me about anything by emailing me at joe at jerickson.net.

Read other posts
← Thank you for seeing my talk at JavaScript and Friends! Hire a Mentor →